[Thanks to Aldert and to Téa for the conversation on a hot Florence evening that gave rise to this argument.]

What does it mean for education to focus on the individual? First, a detour.

Let’s think of an orchestra, with musicians and a conductor. A good musician strives for ever-deeper knowledge of themselves and their music – but can only properly express that through listening to and interacting with other musicians. Self and other – this is the basis of musician education. (Well, good music education.) Here is that mix of subjective and inter-subjective experience that lies behind all our experience and creative endeavours – it’s the same for lawyers, teachers, nurses, road-builders, chefs, who can only realise their creative talent as part of collective action.  A police officer is alone on the beat, a teacher alone in the classroom – but what they do only makes sense in relation to what their colleagues do. The orchestral player is trained to develop their creative expression, but to discipline it in interaction with others – oftentimes there is too much of an emphasis on the discipline. Interestingly, among all the technical skills musicians have to learn, the more challenging are being able to hear yourself play, and then being able to hear what you are playing in the context of what other musicians are doing around you. These can be – and are – taught.

An orchestral conductor has a different set of challenges. They have to develop their own theory of the music they are directing – have a vision of what the piece will sound like as played by this orchestra. But  they have to take account of the players, each of whom will have their own view of how their personal music fits in. Orchestras are highly political sites – and, indeed, they are organised politically with hierarchies of power and control. Conductors may dazzle an orchestra with their charisma and brilliance – or simply their reputation – but they will only rarely and completely coerce an orchestra into submission. Negotiation is often the name of the game.

The key presumed function of the conductor is, of course, to make of the music ‘more than the sum of its parts’ – to bring an imagination to the collective endeavour that may not be accessible to the individual musicians – or the orchestral sections – who are concentrating on their own part. So the perennial question, ‘can an orchestra do without a conductor’, depends on the built-in capacity for that orchestra to manage the larger vision – to hear the collective sound – to locate the ‘parts’ within the ‘whole’. The answer is usually, no – an orchestra cannot manage without a conductor. The conductor has to have a ‘total’ view of the music – they don’t, however, have to be a totalitarian.

The point of this is that nestled in here is something of the challenge of educating the individual. The contention, here, is that in life we all have to take the role of a ‘player’ – listening to ourselves, honing our selves, and listening to ourselves in the context of what we hear from others. Our voice is part of the general social ‘music’ being made by those around us. This, too, is a process of negotiation – how we negotiate ourselves in the social conversation. Some of us are better at it than others.

But there are times when we have to take the role of conductor – as parent, boss, leader. Think of a school principal, a chief police officer, a prime minister, a mother. Listening, positioning and repositioning, negotiating are no less important, but are of a different order. These are times when we are more proactive than reactive, when we take responsibility for making decisions that affect other people’s lives, when we are expected to have a collective vision. But the chief police officer who thinks she ‘orchestrates’ her police force merely by issuing commands is deluded.

Well, the metaphor is, perhaps, useful – but we shouldn’t get carried away with it. Orchestras have their own particularities, too. But, still, there is more to be explored: how do we improvise in an orchestra and maintain discipline, for example? Watch this video of Leonard Bernstein doing just this. As you do, look at the discomfort of the individual musicians – and think of the question, ‘does an orchestra need a conductor?’:

So – back to our question: what does it mean for education to focus on the individual?

If it means emphasising the needs and rights and successes of the individual over the collective then we are in the realm of libertarianism – the conservative philosophy that pits one against others with as few regulations and hindrances, and commitments as possible. When Margaret Thatcher famously announced, “there is no such thing as society”, she was rehearsing this philosophy. The common wealth is best off where individuals are freed up to compete and achieve. Moral obligations to others are merely obstacles.

This is not my focus. It is impractical. Any achievement is and can only be the result of inter-subjectivities – how the individual interacts with others. In Martin Scorcese’s biopics of Bob Dylan, we hear Dylan protesting that he was just one of a community of musicians moving in the same terrain, and that he happened to be the one who rose to prominence. Few are the examples across the arts of individuals who excel in the absolute seclusion of individualism. Almost all creativity is realised through conversation and exchange, comparison, disputes, allegiances and fashions.

And yet, we live and die alone, we are sceptical witnesses and stern judges of our own accomplishments and shortcomings. We need to be educated to negotiate with and to manage ourselves. Rembrandt was a ‘social’ painter – he ran a painting school – but his numerous self-portraits were part of his self-education, evidence of his intense reflection on who he was and was becoming. There was clearly a dynamic between his art and his developing understanding of himself. 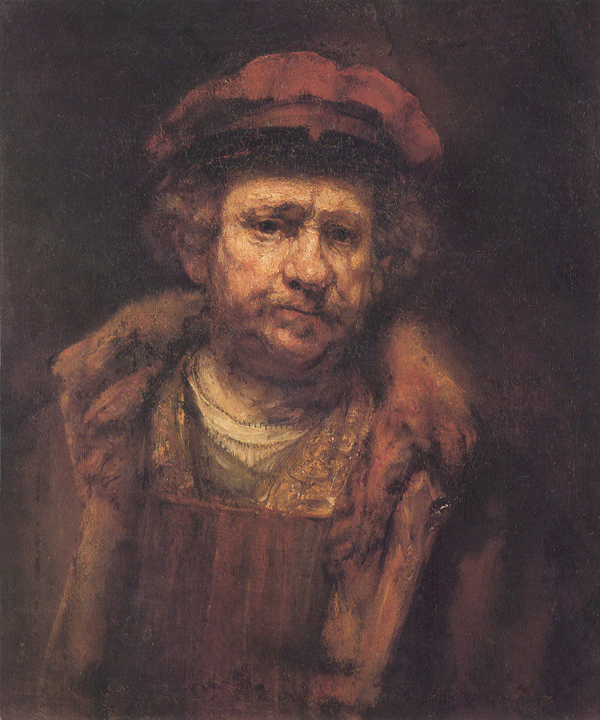 In psychological terms we are individuals in two important ways: one, is the individual who interacts with others as part of the social ‘conversation’ (Rembrandt in his master class); the other, is the individual who internally processes stuff that comes from that conversation to make sense of who we are and might be (Rembrandt in his self-portraits). We are most at comfort with ourselves (‘comfortable in our skin’, as is said) when the two selves are united – when we can interact easily with others and feel easy with the person we are.

So, here is the first challenge of educating the individual: to release that sense of comfort in interaction with others and in interaction with yourself. This is no small challenge – and we should be careful in claiming that education can accomplish this. There are too many variables, too much individual difference, too uncertain a context to assure that comfort is attainable. We cannot assure that all young people leave school comfortable with themselves – but we certainly should be seeing them leave school with the knowledge of how to work on it and some psychological and social tools to help.

The method – the teaching method – is strikingly simple, though all but excluded from schooling. It is to engage young people in systematic and disciplined ways in discussion of issues that matter to them – relationships, ambitions, politics, environment, violence. To have a view is one thing; to be able to express it and elaborate on it is another; to defend it, something else; to hear and empathise with what it sounds like to others is a challenge of a higher order still; to be able to place your view in the context of numerous others and to make a judgment about it is, perhaps, the highest of all discursive skills. Here, we are back in the realm of the orchestral player.

There’s a lot to this business of classroom discussion, and I will not go into all of it here. But here are key points**:

Now, I am most definitely NOT saying that classroom discussions should all aim for musical harmony and consensus. Here, the metaphor with the orchestra breaks down hopelessly. We would hope and expect that young people leave a classroom discussion with different views – any less would not suggest a democracy. This is why it is troubling when it is suggested that schools are places where we can give a single-narrative message to a captive audience who is not expected to question it. Industrialisation provokes global warming; Shakespeare is the pinnacle of English literature; entrepreneurialism and competition are essential to our economic wellbeing; Newtonian Mechanics are correct. All these seemingly unassailable truths, when put into a classroom, are hypotheses to be tested. Young people have the right to challenge. There should be no form or expression of knowledge in a classroom that is not subject to critical scrutiny in discussion. And that lies at the heart of the response to the question, ‘what does it mean for education to focus on the individual?’.

How far are we from that?

** These ideas are drawn from the work of Lawrence Stenhouse who was (and remains) the UK’s most insightful curriculum theorist.